Why Methylated B vitamins-

Methylation is a vitamin-requiring biochemical process in the body that is critical for supporting many aspects of mental and physical health, including regulating gene expression. Methylation occurs billions of times every second and helps the body to repair DNA on a continual basis. When methylation processes in the body slow down due to problem with the MTHFR gene, an increase in the breakage of DNA strands can occur. Methyl CPG contains key B vitamins to support the methylation process.

Methylated B vitamins makes them more bioavailable for absorption especially when people may have mutation in the MTHFR gene. People with MTHFR gene mutation are at a significant increase in risk for high homocysteine levels. High levels of homocysteine can damage the inside of your arteries and increase your risk of forming blood clots (1). This may increase your risk for heart attack, stroke, and other heart diseases and blood vessel disorders

In addition to maintaining DNA repair, methylation reactions help maintain optimal neurotransmitter production, homocysteine balance for cardiovascular health, and recycling of molecules that are required for detoxification and supporting healthy inflammatory response. Methylation is also required for proper energy metabolism, immune and nerve cell function. Proper methylation can be inhibited by nutrient deficiencies including folate, and B2, B6 and B12.

Certain medications such as acetaminophen, aspirin, ibuprofen, Metformin prescribed to Type II Diabetes (2) and oral contraceptives can also deplete blood levels of these crucial B vitamins.(3) 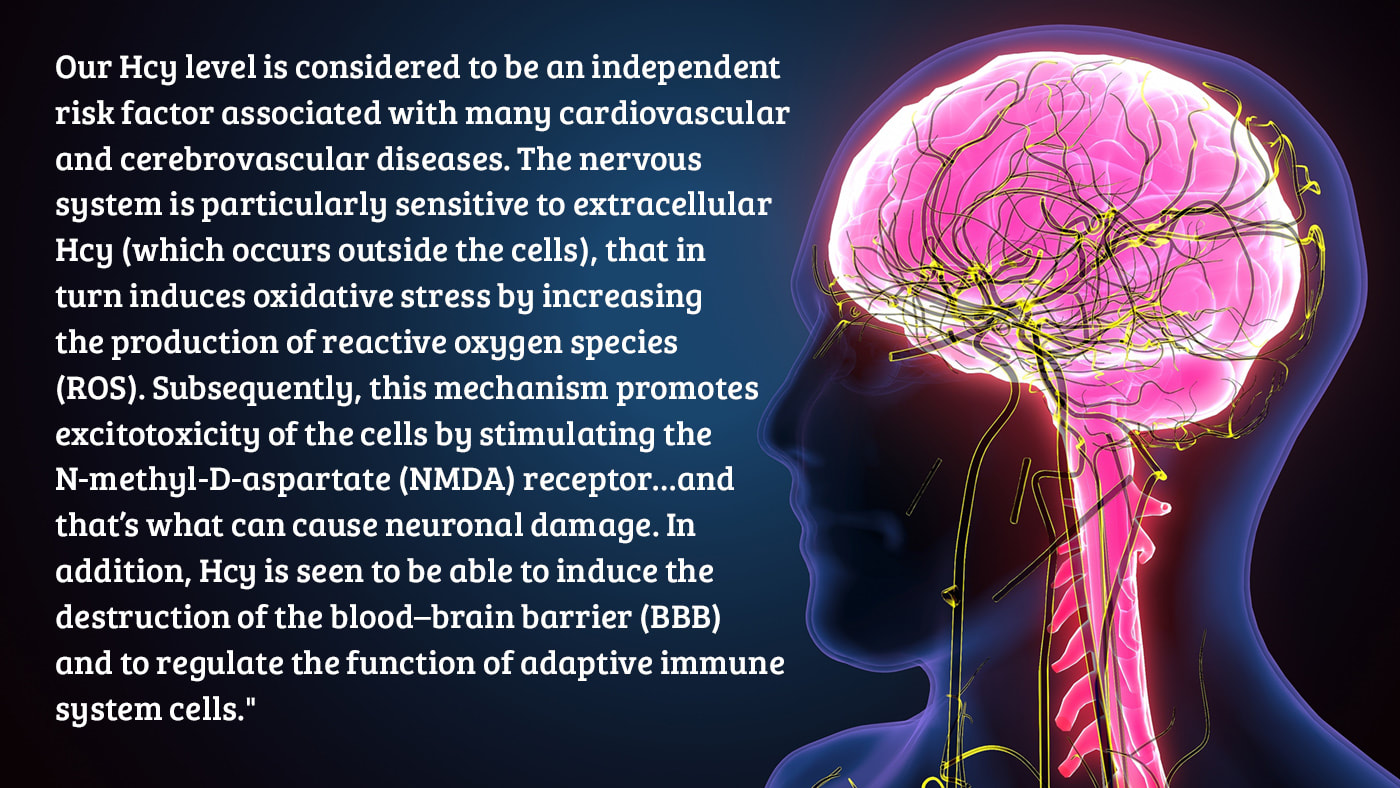 Folate† Folate is a water soluble member of the B complex vitamins that is critical for maintaining optimal methylation. Folate is abundantly found in foods such as fruits and dark leafy vegetables but, can be easily destroyed by cooking or processing. Additionally, enzyme defects, malabsorption and congenital deficiency of 5-methylenetetrahydrofolate reductase (5-MTHFR), an enzyme required for the conversion to the bioactive form 5-methyltetrahydrofolate (5-MTHF), can result in an impaired ability to activate folate. In individuals with a genetic defect of this enzyme, supplementation with 5-MTHF can be preferable to other forms.1 5-MTHF is required as a methyl group donor for the production of mood regulating neurotransmitters such as serotonin, the synthesis of melatonin, as well as DNA production and repair.1 5-MTHF also donates its methyl group to vitamin B12 (cobalamin), forming methylcobalamin. Methylcobalamin helps convert the amino acid metabolite homocysteine into the amino acid methionine. Consistent recycling of homocysteine is vital to supporting cardiovascular and arterial health.1

B12† Vitamin B12 (cobalamin) works along with folate in many body processes, including the synthesis of DNA, red blood cells and supporting health of the myelin sheath, the insulating exterior that surrounds nerve cells. B12 is found primarily in animal foods.2 Vegetarians and the elderly run the highest risk of B12 deficiency. B12 is considered by many to be the second most important nutrient in balancing homocysteine levels. Methylcobalamin is the preferred form of B12 as it is the biologically active form of B12 and supports the up-regulation of methylation pathways.2

B6† Vitamin B6 is a crucial B vitamin that is involved in the production of proteins in the body, neurotransmitters that help regulate mood, red blood cell formation and the proper functioning of the immune system.2 B6 is required for more than 60 different enzymatic reactions that occur in the body.2 Vitamin B6 works along with 5-MTHF and B12 in the recycling of homocysteine. B6 also supports a healthy cardiovascular system by promoting healthy platelet aggregation and aids in maintaining normal blood pressure.3 Vitamin B6 is required for the activation of lysyl oxidase, an enzyme responsible for collagen production- a factor which is crucial for maintaining healthy arterial blood vessels.4 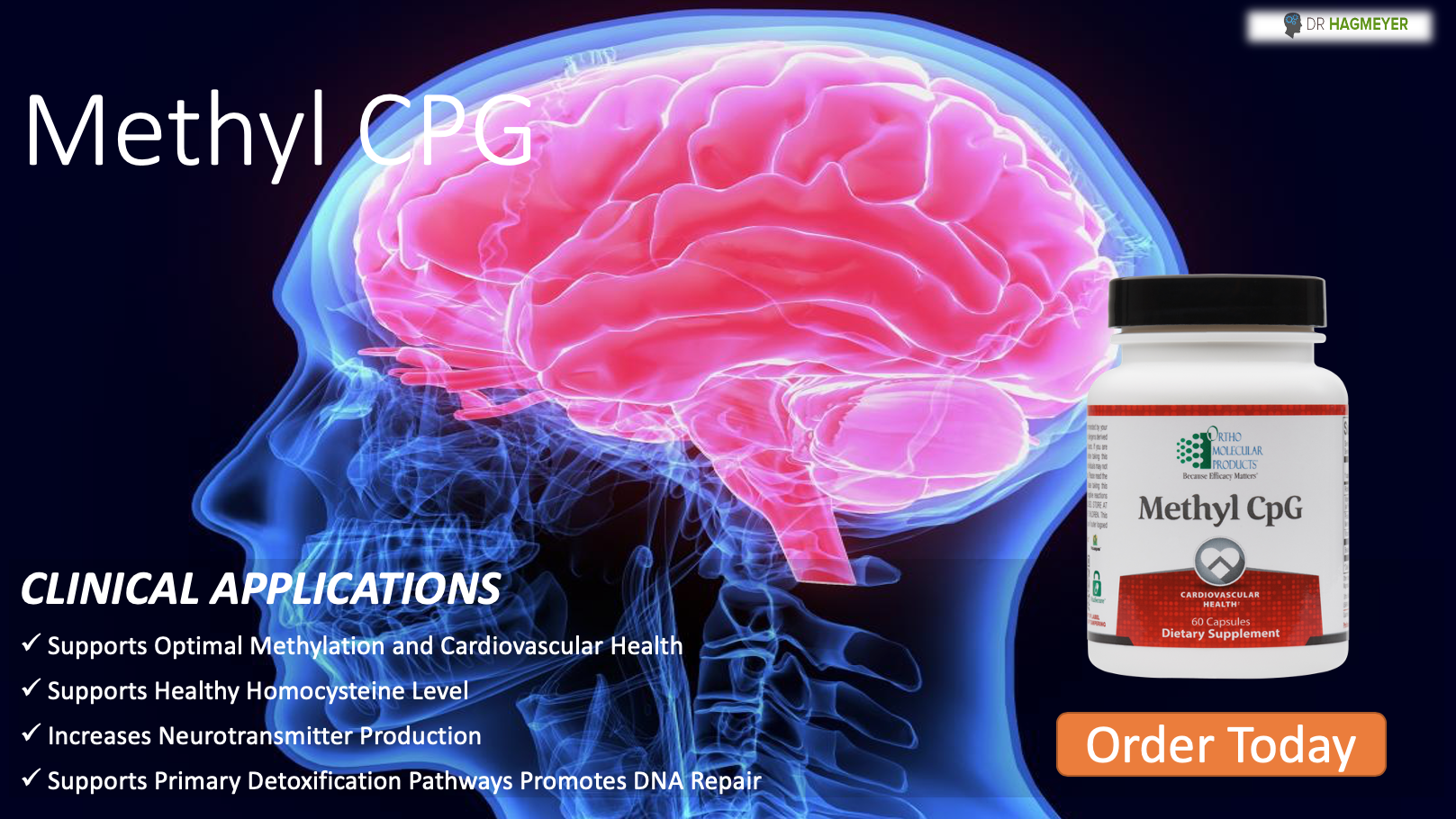 Directions 1 capsule per day or as recommended by your health care professional.

Does Not Contain Gluten, corn, yeast, artificial colors and flavors.

Cautions If you are pregnant or nursing, consult your physician before taking this product.

† These statements have not been evaluated by the Food and Drug Administra- tion. This product is not intended to diagnose, treat, cure, or prevent any disease.