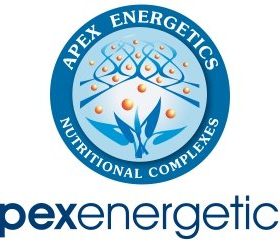 Some companies require you to be a Client/Patient Member of Dr Hagmeyer.com in order to obtain their products. This policy is strictly being enforced by certain companies. If you already have an account with us please login. If you do not have an account please create one to purchase Apex Energetics, Mediherb, Thorne Research or Xymogen products.

CoQ10 Active™ is designed to support cellular energy and mitochondrial function through a combination of CoQ10 and pyrroloquinoline quinone (PQQ).* PQQ supports the function of mitochondria, the powerhouses of the cell.* As a result, this nutrient also provides support for parts of the body that need large amounts of energy for optimal function, such as the brain and nervous system.*

Coenzyme Q10 (CoQ10) is a fat-soluble compound, and as a result, its intestinal absorption can be significantly increased when dissolved in an oil-based solution and further enhanced if emulsified.* After absorption, most CoQ10—regardless of which form (ubiquinone or ubiquinol)—is picked by the lymphatic system and thus slowly delivered to circulation.

The presence of CoQ10 within other membranes may play a role in the regeneration process of vitamin E, a potent antioxidant.* CoQ10 is a nutrient produced naturally within the mitochondrial membrane and plays a critical role in the electron transport chain (oxidative phosphorylation).*

Both CoQ10 and PQQ may be involved in antioxidant processes, providing further advanced nutritional support for the body.*

CoQ10 Active™ also known as Coenzyme Q10 has been widely studied in humans and lab animals for its positive effects on heart and vascular health. Coenzyme Q10, is a compound that helps generate energy in your cells and prevents damage from oxidative stress.

Your body produces CoQ10 naturally, but its production decreases with age. Fortunately, you can also get CoQ10 through supplementation. Health conditions like heart disease, brain disorders, diabetes, and cancer have been linked to low levels of CoQ10 (1). CoQ10 Active™ is designed to support cellular energy and mitochondrial function through a combination of CoQ10 and pyrroloquinoline quinone (PQQ). Both ingredients are involved in antioxidant processes. CoQ10 Active further supports active energy production.*

CoQ10 Deficiency is very common, and we see low levels on Functional testing on a regular basis. Some of the common causes of CoQ10 deficiency include (2, 4):

One of its primary functions is to help generate energy in your cells. It’s involved in making adenosine triphosphate (ATP), which is involved in energy transfer within cells (2).

Other crucial role is to serve as an antioxidant and protect cells from oxidative damage (2, 5). Excessive amounts of free radicals lead to oxidative damage, which can interfere with regular cell functioning. This is known to cause many health problems (6). Given that ATP is used to carry out all the body’s functions and oxidative damage is destructive to cells, it is not surprising that some chronic diseases have been linked to low levels of CoQ10 (5). CoQ10 is present in every cell of your body. However, the highest concentrations are found in organs with the greatest energy demands, such as the heart, kidneys, lungs and liver (7). If you want to support these organs, CoQ10 (K90) is one way to do it.

Turmero-XL™ Active
Turmero-XL™ Active is an emulsified micronized formulation that delivers a concentrated source of curcuminoids (standardized to 95%) combined with black pepper extract in a pleasant-tasting liquid.

Suggested Use: Take 5 ml (approx. 1 teaspoon) orally 1-2 times a day, or as directed by your healthcare professional. SHAKE WELL BEFORE USE.

Warning: Consult your healthcare professional before use if pregnant, nursing, taking medications, or for any use by minors. Do not use if safety seal is broken or missing. KEEP OUT OF REACH OF CHILDREN. CONTENTS MAY STAIN CLOTHING AND SKIN. This product is not intended to diagnose, treat, cure, or prevent any disease. For nutritional use only.